Nourlangie and Nanguluwur Art Sites
The name 'Nourlangie' is an anglicised version of Nawurlandja, the name of a larger area that includes an outlier to the west of Nourlangie. The upper part of Nourlangie Rock is known as Burrunggui; the lower areas are known as Anbangbang.
The area was formed when two Creation Ancestors in the form of short-eared rock wallabies travelled through from east to west. They moved past Nourlangie Rock, across Anbangbang billabong, and up into the rocks at Nawurlandja, where they cut two crevices in the rock as they passed. These crevices are visible today and rock wallabies are often seen there in the early morning and at dusk. 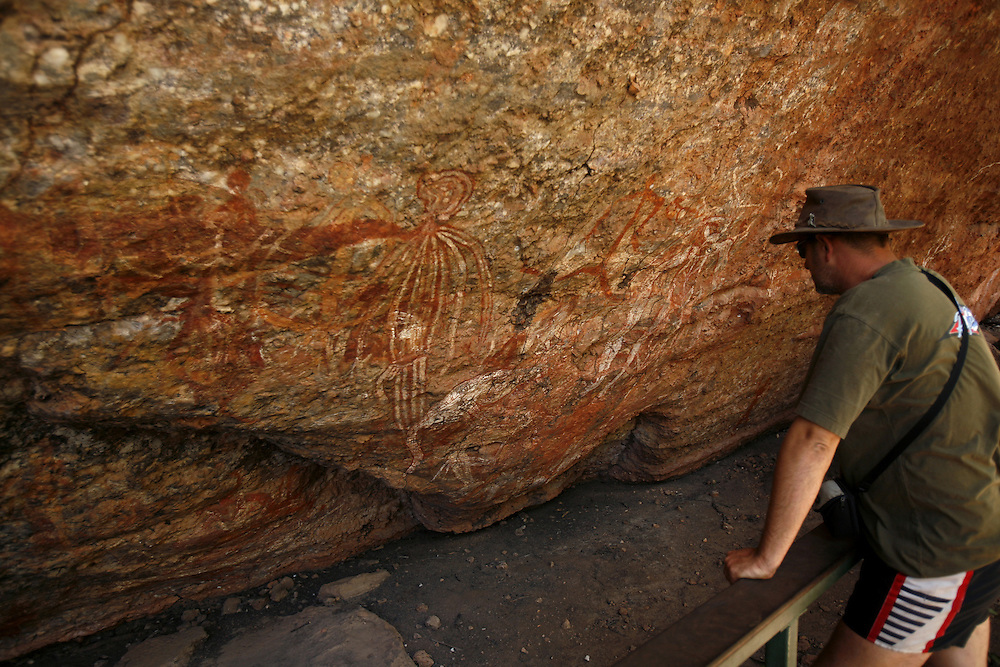