The Parade in Liberdade Avenue is the climax of months of preparation. Bica neighbourhood march had a replica of the tram that runs in one of its streets. The costumes and music were inspired in traditional fishsellers that used to work in the neighbourhood. Every 12th of June, Lisbon's typical neighbourhoods show their "marches". These consist on music, coreography and costumes inspired on each neighbourhood traditions. The streets of each old Lisbon neighbourhood gets crowded with people partying. The smell of grilled sardines fills the air as people celebrate Saint Anthony's day (13th June), Lisbon's patron saint. 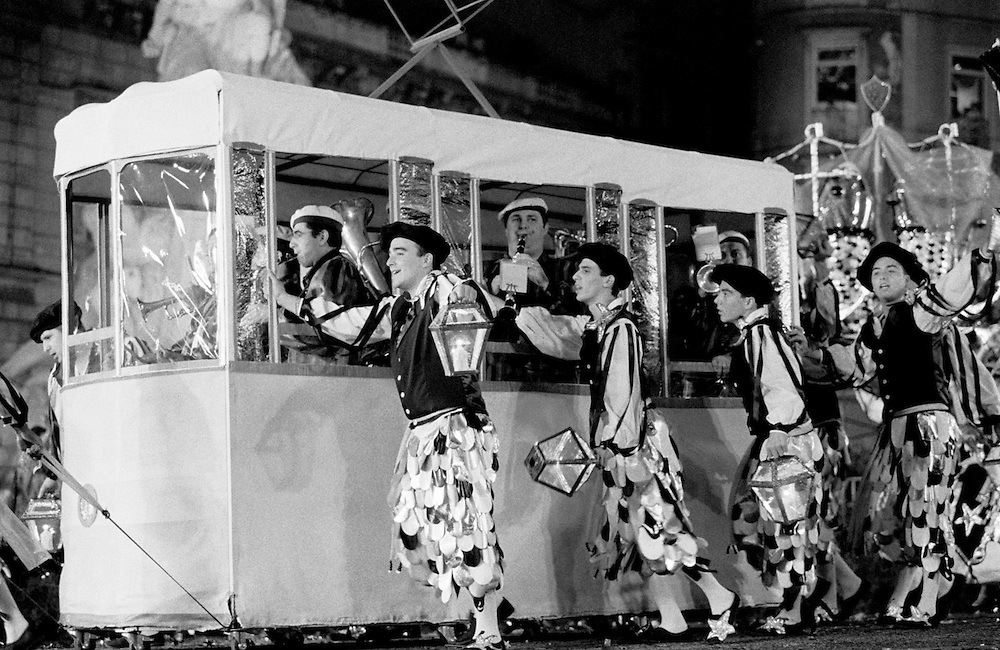